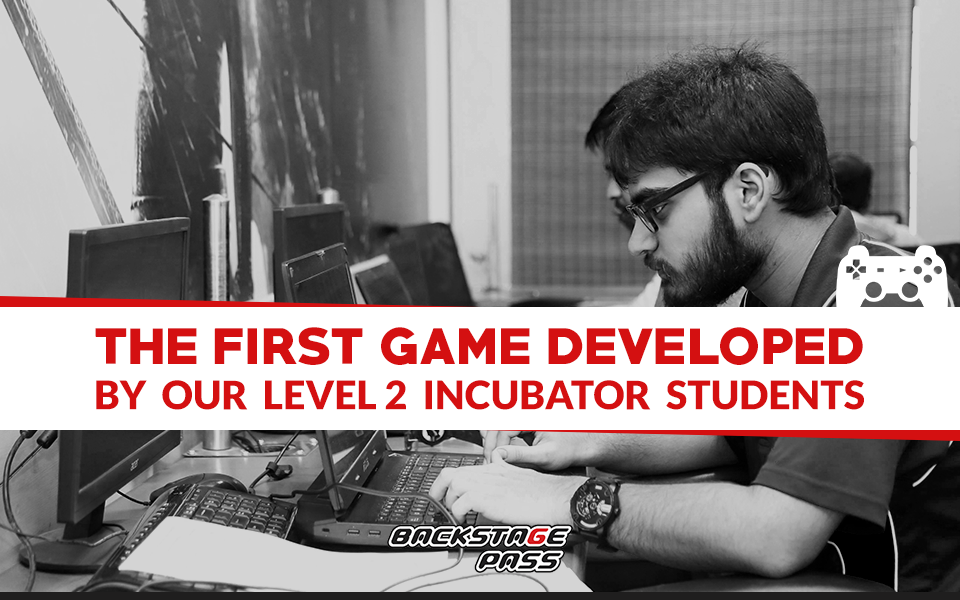 There is a lot of activity with the students at Level2 working on their first game.

Let us find out all about the game here. Here are the teasers and an exclusive premier of the game, just for the curious souls like you…..

For the past three months, students at Level2 have been developing a mobile game. It is the first game developed by students at Level2, and it is taking shape under the watchful eyes of their mentor, Asar Dhandala. Asar is a Backstage Pass alumnus, entrepreneur, and has developed many games.

We caught up with Asar to bring you a sneak peek from Level2’s game studio.

The Progress So Far

The game is in the beta stage where we have completed making the game and testing it. After testing and the bug fix stage, we are planning to go for a soft launch.

A soft launch is a selective release used to gather early feedback from players. It helps us improve the game.

We have a mix of students. The team consists of five members. They are:

It took nearly three and a half months to make the game.

While conceptualising the game design, we researched thoroughly to ensure that the concept is new. We wanted it to be simple and easy to make. Early, we felt that it should also be immersive and fun to play. It took us a couple of weeks to finalise the concept, and we started after all the team members understood and agreed upon the concept. Then we began the game design.

Name of the Game

We are yet to name the game. We will let you know soon.

What did They Learn by Being a Part of This Project

This is a first game developed by most of the students at Level2. The project taught them game development from start to finish.

We started from conceptualisation of the game, sketching it on paper, making the 2D and 3D art, adding graphics, programming and blending all to make a full-fledged enjoyable game.

The learning curve was steep for the students. In college, they learn game development, game art, and game design. This project helped them to connect the dots and complete the picture — how to make a full-fledged game and know the monetisation. (Monetising the game means that you add elements that a player can purchase as he progresses through the different levels in the game.)

How did You Mentor the Students

It was a more hands-on experience for the team. It took more time than I thought it would take for getting the students into the groove. But, the end product turned out to be the best in class.

For the team members, this has clearly been a transformational experience from being a student to a game developer.

Backstage Pass is a great place. The support we got from the college helped the students immensely in their journey.

Watch out this space for more updates about the game — the visuals, the trailer, and more…