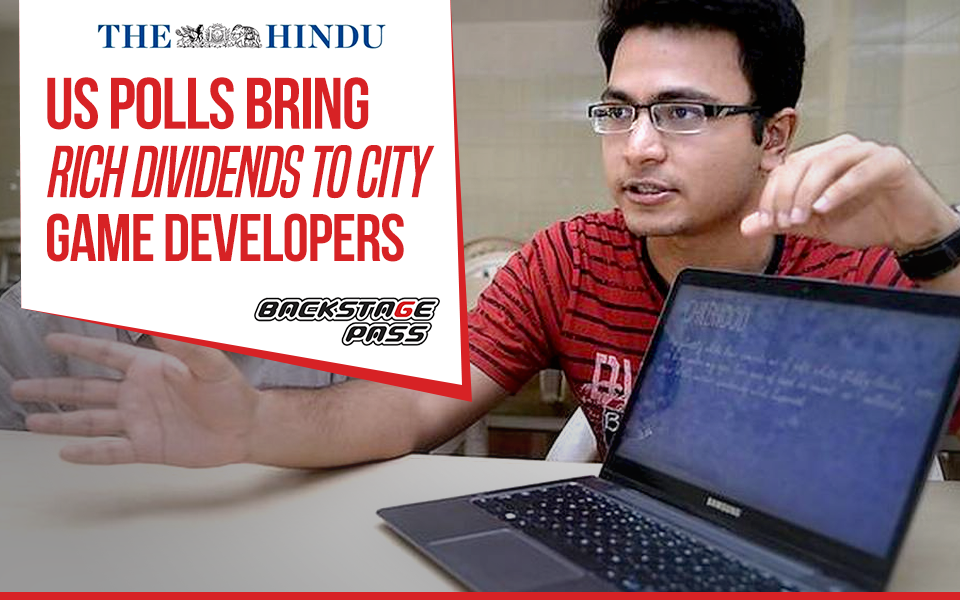 When people across the globe were backing either Hillary Clinton or Donald Trump late last year, two game developers from the city bet their luck on the U.S. presidential elections.

Finally when the elections were declared, Asar Dhandala and Satish Chandra were richer by a few lakhs. The duo behind the mobile game, ‘Avion Flight Simulator’ introduced an update during the elections which doubled their revenues.

“We wanted to take advantage of the elections and introduced Air Force One flight, the official carrier of the U.S. President to the existing fleet,” said Mr. Dhandala.

“Users had to purchase the flight for $ 3 if they wanted to fly it using simulator. A lot of people paid for the additional feature and our revenues doubled during the U.S. elections,” he added.

The game has been downloaded more than 7.5 million times on Android, IOS and Windows operating systems since its launch in mid-2015. The game also helped the team generate revenues of around Rs. 50 lakh.

The game is a big hit in other countries than in India.

According to the developers, the game has the maximum downloads from USA, Russia, Brazil and Germany followed by India in the fifth position.

It was a chance meeting of the two gamers from Backstage Pass Institute of Gaming and Technology which gave birth to the idea of working on a simulator game.

“Though our target was three months, we developed the game within two months. We almost worked for 18 hours a day.

We analysed the top games and went through the reviews. We wanted to develop a product which was the best among the flight simulator games.

We are glad that our game is in the second position in this category of mobile games,” said Mr. Dhandala.

In 2017, the youngsters want to come up with a better version of the game which includes refined engines and improved graphics. 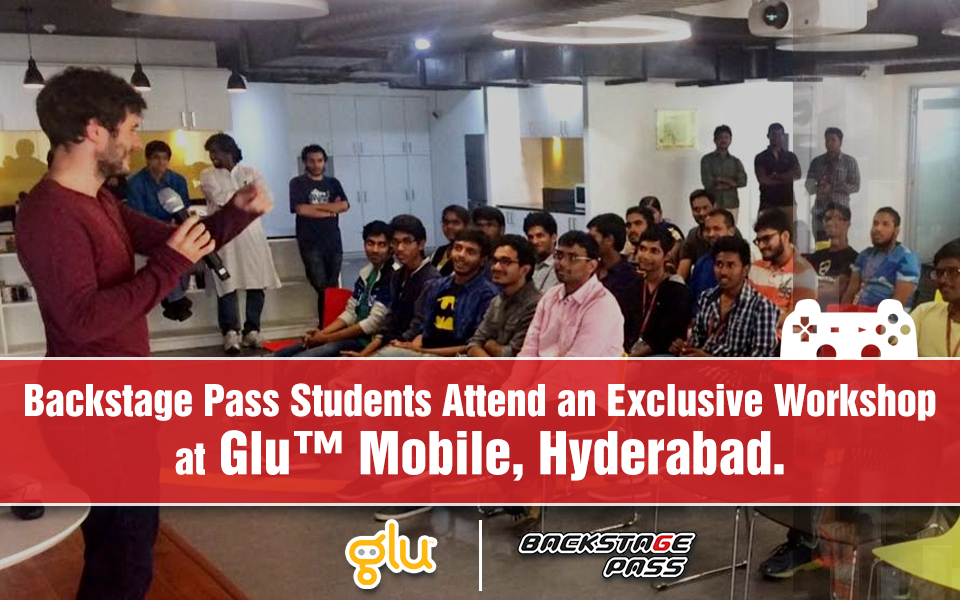 Glu Mobile, Hyderabad, organized an exclusive workshop on level design for the students of Backstage Pass.

“…a game development discipline that involves the creation of video game levels, locales, missions or stages. This is done using some sort of level editor – software used in game development to construct digital environments. Level editors may also be included in released games to allow players to get creative and make their own levels and scenarios. Level design is both a technical and artistic process.

At the end of the three-hour workshop, Glu organized a level design contest for the students and 2 teams were declared the winners.

The senior students of the group also had an opportunity to apply for an internship at Glu Mobile.

The students’ response was amazing. They had 3 awesome things to say about their interaction.

The students were swept off their feet from the way Glu Mobile office was appointed. Casual, trendy, meticulous and a sense of exuberance, all blending into an overarching sense of freedom to think, create, and just be.

Even more appealing were the friendly workshop coordinators and the staff who interacted with the students. When asked if they would like to work for Glu on graduating, there was a thundering and unanimous ‘aye”.

The students also felt that the way level design was explained was awesome. And given a chance, they would like to appear for more workshops and want to learn character design and artificial intelligence (AI).

Thanks to the Glu Mobile team who got the students excited beyond words.