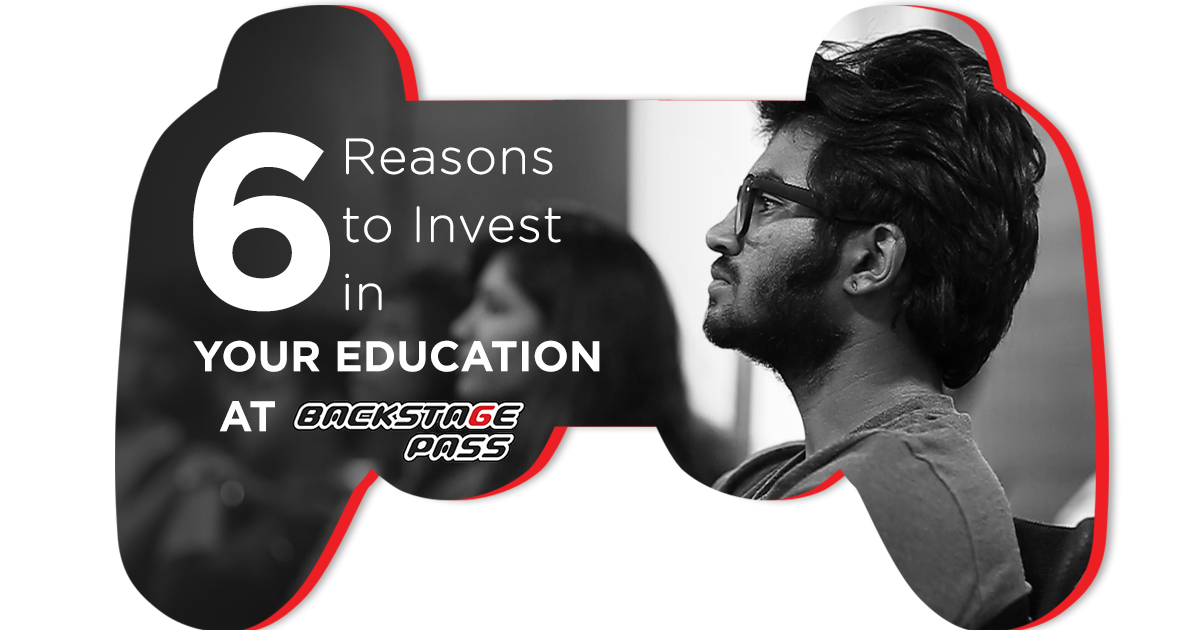 At Backstage Pass, you can earn a bachelor degree of four-year duration in

At Backstage Pass, you will not only learn game design, game art, and game development, from the experts, entrepreneurs, and practising game developers, but you will also learn how to market and monetise games.

Backstage Pass counts several entrepreneurs among its mentors. Click on the links to know their stories and their contributions in the gaming world.

Backstage Pass collaborates with game studios such as Purple Talk, Yes Gnome, GLU Games, Timuz, Plazio, and so on.

Backstage Pass Gaming Forum is an online discussion forum open only to students, alumni, faculty and mentors of Backstage Pass. This discussion forum serves as a platform where students can connect, ask questions, and seek feedback. It also acts as a job board where you can apply for employment and internships.

The alumni of Backstage Pass are working in some of the top gaming studios in the world. A section of the alumni are entrepreneurs creating games, while some of them are pursuing their masters in the well-known universities abroad.

Backstage Pass Gaming Forum builds an invaluable network of personal and professional connections from around the world.

The best game companies in the world like Ubisoft, EA Sports, Purple Talk, and so on seek to recruit the students of Backstage Pass.

70-80% of the students are placed every year with the rest opting out for higher education or entrepreneurship.

Level2 is the Backstage Pass’ incubator for game development. It provides mentoring, infrastructure, marketing, and publishing support to the students and alumni of Backstage Pass. The first game at Level2 developed by students of Backstage Pass is ready for the release.

Backstage Pass incubator Level2 is located in the Backstage Pass college campus. It  is a creative space which has the facilities such as high-end computers, software, infrastructure, and mentors.

At Level2, mentors from the industry support the students in making games and launching entrepreneurial ventures. The incubation of a game takes about three to six months from inception to launch. The ventures are also eligible to get venture capital funding from Backstage Pass.

What are you waiting for?