Gaming is undoubtedly one of the hottest career options today. If you wish to do a professional course in the field and get the certificate recognized by a University then look no further than Backstage Pass.

These courses are taught by the industry and academic experts who train the students from basics to the latest trends in design and development of games.

Backstage Pass is the first institute in India to provide its students a Bachelor’s degree from University after completion of the course. This not only gives recognition to the courses but also adds immense value to application for a job or for further studies by students.

Recognition apart, the courses here provide ample opportunities for students to spend time in hands on learning when it comes to knowing and learning games and game development. Students with the University certified B.Tech – Comp Science & Game Development and B.F.A – Game Art & Design from the institute are sought after by companies and as a result students from here get hired faster.

The four year undergraduate course is advantageous to those students especially who wish to work abroad as some foreign countries make it mandatory for students to complete 16 years of education for eligibility to get a work visa. The four year undergraduate courses at Backstage Pass fulfill this criterion. Countries including the US, the UK, Canada, New Zealand and Australia look for candidates who have completed 16 years of education to be eligible to work.

Finally the recognition from JNAFAU helps the students of Backstage Pass get faster access to documents required for getting student loans.

It is an advantage for students who choose to study at Backstage Pass because recognition from JNAFAU holds a lot of value once the students complete their course here. 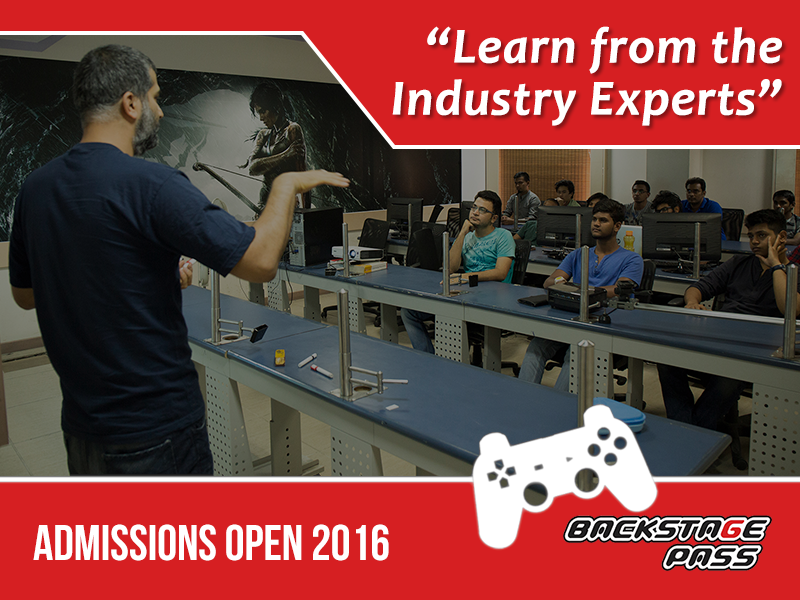 The dominant thought in the mind of any student doing the final year of one’s studies is the kind of job one will get after the course and how soon. Though campus interviews and placements are the norm these days especially for professional courses like engineering, the trend is yet to catch up in other undergraduate courses. But coming to the gaming courses offered at Backstage Pass placements and internships, these are easily accessible to students.

This is because the institute makes efforts to give comprehensive training to students and prepares them for a career in gaming by organizing various workshops, seminars and guest lectures where students can interact with the leading professionals from the industry and prepare themselves for a successful career.

The institute is associated with a few gaming companies which helps students find the right placement or internships. Apart from this, game companies visit the campus on a regular basis to assess the students and give them an insight into the working style and opportunities in the industry.

Some of the part time instructors of the institute are from the gaming industry which gives an opportunity for students to interact with them and get ready references when they apply for a job.

Backstage Pass also makes efforts to train students on the skill sets required to get a job in the industry. Personality development and soft skill training are also provided to help students.

With such efforts, it is no surprise that students here get paid internship during the third year of the course itself and they attend college during the first half of the day and work at a game company during the other half. The stipend they get will be useful to them in financing their studies.

The placement service Backstage Pass provides combined with its well designed courses gives a definite edge to its students. 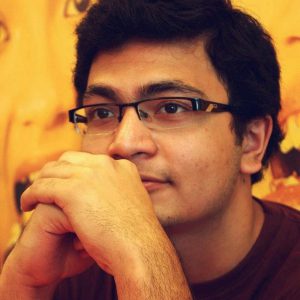 Our student and ace game developer, Asar Dhandala, a soft-spoken and yet dynamic person combining the charm of a college kid and the attitude of a self-taught entrepreneur, is blogging this week to give you a ringside view of game development.

Enjoy the read 🙂
Is This Me?
Like many others kids, I joined the biology stream after passing the school. I hoped to crack the medical entrance after my Intermediate (12th class). But within a couple of months into Intermediate, I realized medicine is not my cup of tea. It was super annoying to cut earthworms and later wash hands and eat food. Also, physics and chemistry didn’t excite me at all…. They just didn’t. And I just didn’t feel like I belong.

Net, net …I started thinking. What do I do after Intermediate? I started searching the Internet for alternatives and chanced upon both Backstage Pass and an animation studio. I liked what I saw, and wanted to give it a shot. As soon as I was done with my exams, I joined the animation studio and learnt animation. 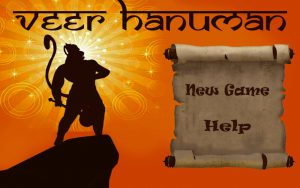 Then I approached a Delhi-based game studio for an internship. Sitting in Hyderabad, I worked for them for four months. I attended training sessions on Skype and later read online about how to make games. As a part of my internship, I made a game called Veer Hanuman. It became popular and had two lakh downloads till date. I didn’t make any money as it was an internship assignment but I learnt how to make games even before I stepped into college. And that turned out to be a huge advantage for me.

Convincing My Parents
Since this is a relatively new career path, I had to do something to convince my parents. After designing the Veer Hanuman game that became popular, my parents were convinced too. So I joined Backstage Pass.

Why Backstage Pass?
There were a couple of reasons:
•Backstage Pass happens to be the first college in India to offer University-certified bachelor’s degree, of four-year duration, in Computer Science and Game Development and Bachelor of Fine Arts. Many institutions offer only diplomas but not a four-year degree. The degree is conferred by Jawaharlal Nehru Institute of Architecture and Fine Arts University, which is recognized as a State University by the University Grants Commission (UGC).

•A four-year bachelor’s degree puts you in a sweet spot as some countries mandate 16 years of study (10+2+4) to grant a work visa.

•Backstage Pass is affordable. (Girls love it all the more because they enjoy fee discounts.)

•And I knew, through my internship experience and building the Veer Hanuman game, I could do something on my own.

Support from Backstage Pass
Yes, Backstage Pass supported me well. And it did so, in more than one ways. The faculty taught us well. We had the freedom to explore and build. That is very valuable. All the students receive support to market their games and to visit the overseas game competitions.

In hindsight, I see that Backstage Pass is a very good place to learn the tools and exercise your talent. Experiment, fail, and revise. That is the key.

Every month, 30,000 video games are released for the mobile platform but only 8 to 10% of them succeed. So the odds of failing in making a commercially successful game are very high. However, that is where the fun is. While failing quickly, we learn non-stop and also know what not to do.

Choosing Entrepreneurship
I wanted to take home more freedom and money than a job could afford and also wanted to do something different to engross me and prove myself. So I turned into an entrepreneur when I registered my business, Seven Summits Studio, in my freshman year in 2012. And I started making games.

Also, I felt that college is the right time to fail because no one would question me.

I learnt that it was not easy to manage teams because you were inclined to share profits rather than pay salaries upfront. That made it difficult to bring enough loyalty to function as a team.

Participation in Events Abroad
I traveled to participate in competitions held in Singapore and Seattle. This is a very high cost affair and Backstage Pass supported us.
Recognition

My games started getting noticed in 2013. The release of Petite and Avion saw us receive a host of awards.
Pac-Port

Petite is an ambient experience game built to trace the journey of a woman.

This game won the Indie Game of the Year at NGDC, 2015. It carried three lakh rupees of prize money. This is an award given to a game whose intellectual properties are owned by an Indian entity with less than 30 contributors and is self-funded. NDTV described the game as one of the “Top 5 Android Games from India You Must Play”.

I am working on a train cruising game and planning to release it next month.

Game Industry and Its Future

Try these online game development courses to check if you have the flair:

I firmly believe that game development is a strong career path that can push you to utilize your creative juices. And that is the way I see the world going.