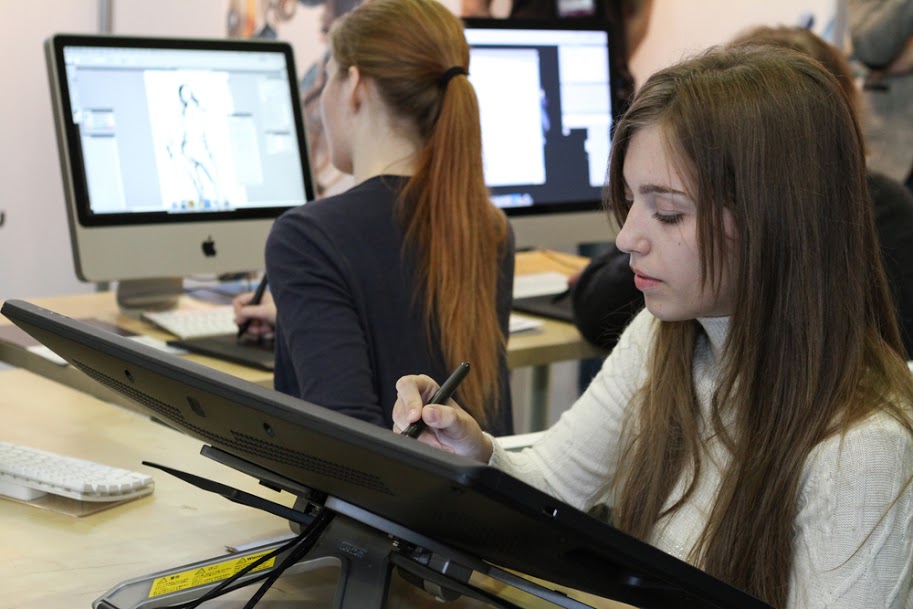 Game development is fast catching up as a career choice among young girls in India. Today many girls are hooked to online, mobile and video games as much as boys and are choosing a career in game development.

Women in game development bring a fresh perspective to the theme, story line and the characters in the game. With more women playing games, companies are also rethinking the way games are designed. They are looking at adding more female characters to the games. They also believe that women game developers can create dynamic female characters and are encouraging them.

The eligibility for doing an undergraduate degree or diploma in game development is 10+2 with maths, physics as the main subjects.

Game development as a profession offers diverse roles from game designer, game writer, and game artist to game tester. One can work as game programmers and design and write the computer code that runs and controls a game.

It is no doubt a challenging field and requires team work, good communication skills and willingness to listen and collaborate. These qualities are not gender specific and women can do as well as men in this field. The evidence of this is the increasing number of successful women game developers. 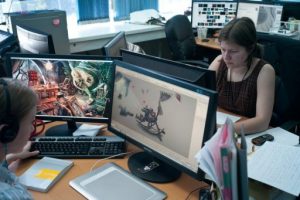 Globally, women constitute a small percentage of game developers. The workforce in game development companies is dominated by males but women are making small but sure inroads into the industry.

Today there are many women game developers working at top levels and some have even started their own companies. Game companies agree on the fact that more women need to be hired as game designers if better games are to be produced.

According to The International Game Developers Association (IGDA) workplace study in 2014, 76 percent of the workforce is male, compared to 22 percent female. The apprehensions women have to deal with include long working hours, early burn out and decreased job satisfaction. But the positive fact is women who made up only 11.5 percent of the workforce in 2009 has seen an increase.

In India too, there are many women who not only play games but are also active in game forums. We spoke to Poornima Seetharaman, lead game designer at GSN Games India Pvt Ltd. She started her gaming career with a South Korean mobile games company, Cyberhills. She also worked with Indiagames (now Disney), where she was the Lead Designer for the mobile version of Bioshock. She runs her own game design studio, Pinaka Interactive which focuses on games that deal with social causes in the real world. She is also one of the founding members of Nasscom Gaming Forum – Special Interest Group on Women in Game Development.

Poornima’s advice to women wanting to take up gaming as a career:

But there are challenges women game developers have to contend with.

But the good news is many women are breaking stereotypes and choosing this profession. They are experimenting with game development and bringing creativity to the field and are succeeding too. They are an inspiration to young women.

To discover more about women game developers, there are online forums and blogs dedicated to women in the profession. Two of them are http://www.gamingaswomen.com/ and http://women.igda.org/

Young women can choose this profession for the number of exciting avenues it offers; they can be artists, animators, writers, designers, producers or programmers after the right course of study.

Backstage Pass is encouraging more girls to opt for a career in game development by offering scholarships for female students.

With such initiatives to encourage more women to enter the profession,   the numbers of women game developers is bound to grow. 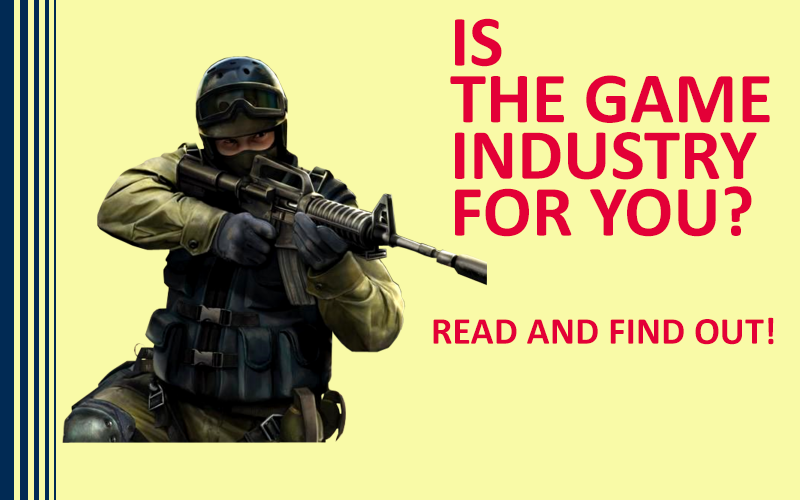 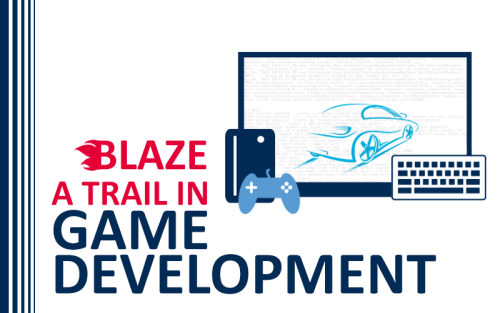 Have you ever wondered what it takes to be a star member on a game development team?

Wondering why you should be good at communication skills when all you want to do is build the next big game?

Whether you are part of a big game production house or a small indie game team, you will have team members from various geographies, cultures and perhaps non-native speakers of English. Now, how do you express your thoughts clearly to such an eclectic mix?

In your day to day life, you need to present your thoughts, ideas and feelings, prototype when needed using effective imagery, and document what you are doing. If necessary, you may even have to convince and inspire your team to explore your suggestion. You may have to write the game design documents, in-game screen text, messages, help, and whatever else is needed. This means you will rock if you communicate well to convey the energy and enthusiasm you carry.

If you were living in a community, you would ideally want to know who your neighbors are. Don’t you?

Similarly, try to understand and appreciate all departments that participate in game development, art, programming, marketing and PR, writing, testing, and production. For example, if you want to become a game developer, understand how other areas contribute to and influence game development and vice versa. Ask your colleagues and ask on forums. And everyone loves to talk about their expertise. It endears you to people. And the ability to see your core area of expertise through the eyes of other members on your team will help you plan and communicate better.

And Team Players are Cherished

In recent times, have you heard of a game that was developed by a lone developer?

Not a chance. Today, games are developed by businesses, both small and big, that have a team made of developers, writers,  artists, designers, musicians, testers, marketers, and so on. What’s more, some of them may not be on the business’ roles. To work with such a diverse set of people, to give and accept their feedback, you should be a team player with a “give and take” attitude. As a team player, your team’s goals are top priority for you, execution of ideas is subject to the approval by the team members, and your decisions are made based on what is good for the team and the business. 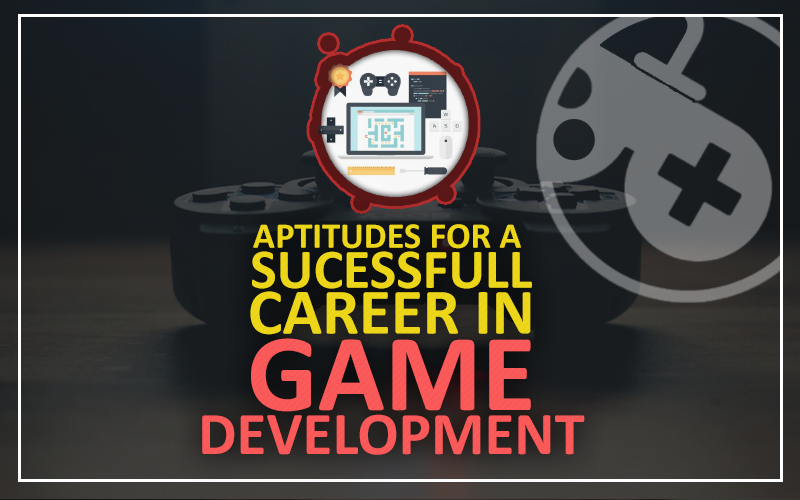 Even as you are completing 10+2, Intermediate, or diploma, you must be wondering “what next?”

This is the time of your life when you receive plenty of advice about the bachelor’s degree to choose and the streams that fetch you the best jobs, and so on. Obviously, you would like to choose Computer Science.

And at least some of you must be wondering if there is a stream that combines loads of fun with your favorite Computer Science and  is more rewarding or how your deft hand can draw for the whole world. The answer is a career in game development.

And what aptitudes one should have to be successful in game development?

You Look for Fun

You are someone who looks for fun in everything that you do.

Do you  remember tossing in the bed thinking of the new game that your friend had mentioned. Do you remember running home to turn on your game console or making new rules to play an old game and better still, invent  games?

Your Love Challenges That are Fun

You are someone who can return to a task, if it has loads of fun, gives you a sense of achievement and is challenging at the same time.

Do you remember racing paper boats in streams of rain water gushing down the road and the number of times you made a new boat so that you could win?

You are self-motivated in matters that are close to your heart. And you don’t mind sitting in a quiet corner to do what you like the most.

If you have some or all of these traits, you are made for a career in game development.